Ornamental Art has it’s origins in the Roman Empire and consisted of decorative patterned Art motiffs that can be found in a vast number of different areas.

These areas can be anything from stylised wreath and symmetrical floral or leaf patterns at the top of Roman Colosseum pillars to Michael Angelo’s artworks at the Sistine Chapel. Ornamental art can be found within many building embellishments, carpet, wallpaper, furniture and decorative Art panels.

Gothic Art was a Medieval Art movement that emerged in France in the mid 12th Century, based on Romanesque Art.

A large proportion of the Gothic Art over the Centuries following the Medieval period was Religious and often depicted Biblical scenes and characters, within European churches from the 12th Century onward.

These devotional images most often depicted Christ, the Virgin Mary, the Saints and notable Bible scenes such as The Last Supper and Christ’s Crucifixion.

Given these points and the fact that Ornamental Art has stood the test of time for more than 2000 years, Zealand has chosen to specialise and excel in this style of Tattoo Art form. It can provide a background or embellishment to any type of selected image (i.e. a skull picture, crest art, photo realism image, etc.) and whilst it is suited to both genders, it can be used in a particularly form fitting and feminine manner for females.

Ornamental style can be incorporated into all types of Tattoo design (from tattooed words/lettering to Angels, lions or reeds & plants) and is the best European Art form that has stood through the Renaissance, PreRaphaelite, Berosque and Grotesque periods – amongst others.

If you’re interested in seeing some more of our Ornamental Tattoo art, check out our Tattoo Gallery!

Want to stand out from the crowd with a striking art piece that is tailor-made for the individual.
And applied with the highest standards of professional care.

About our
Christchurch Studio

About our
Queenstown Studio

Get inked with us
Book a tattoo 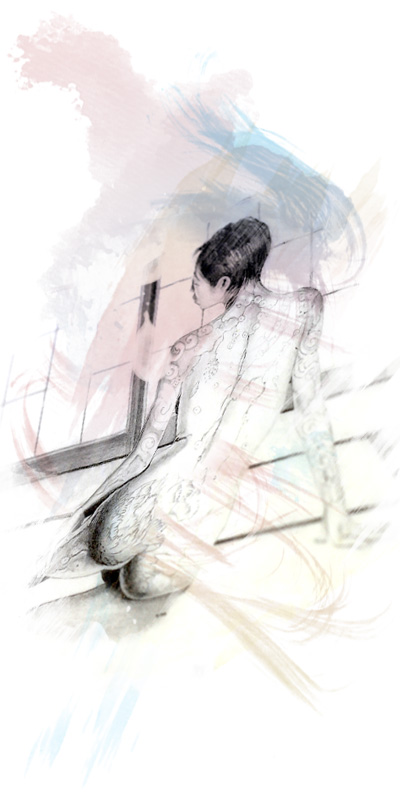